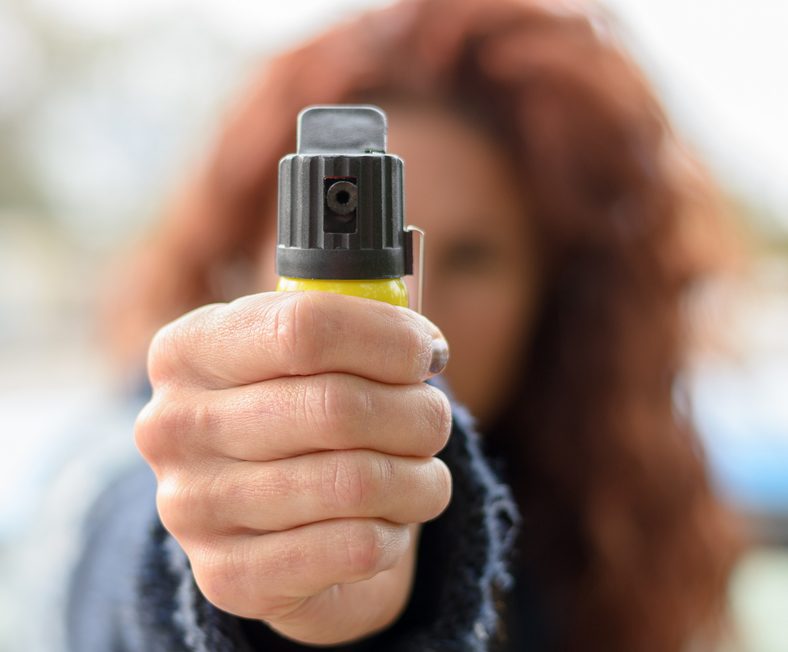 Over 20% of women now carry pepper spray with them when they’re out and about, and it’s easy to see why.

It’s a legal and effective method of self-defense that doesn’t cause too much harm in case there’s any mistake.

If you’re wondering if pepper spray is right for you and if you should purchase it, read on to find out all of the reasons why it’s a good idea.

Unfortunately, sometimes when a civilian is attacked, it’s by multiple people. Oftentimes even if they carry a weapon, it can be hard to fight back against the attackers because the victim is outnumbered.

One of the best reasons to carry pepper spray is that it can hit multiple people at once, and from a distance if it needs to.

Many weapons require special training and you need to know a whole lot of self defense tips to be able to use them.

With pepper spray, it’s much easier. Simply aim it in the right direction and spray.

When deciding whether or not to buy pepper spray or another weapon, it’s important to note that pepper spray is one of the easiest to conceal. It can be safely tucked away in a pocket or purse and some are even designed to look like other items, such as lipstick.

Other items can be bulkier and hard to disguise, and it’s often a good idea not to let people know you’re carrying some form of self-defense.

It’s legal to purchase pepper spray in most states. Unfortunately, sometimes people get desperate looking for ways to defend themselves and they may carry a weapon that isn’t legal — which ends in them being the ones that get into trouble.

Double-check the laws where you live, but it should be legal to buy pepper spray. That way, if you ever have to use it or are ever found with it on your person, there’s no chance of you getting into trouble.Other items can be bulkier and hard to disguise, and it’s often a good idea not to let people know you’re carrying some form of self-defense.

Pepper spray is one of the safety tools that doesn’t inflict any permanent damage. That way, if there’s a misfire or a mistake it could feel really nasty for the person on the receiving end for a few moments, but it won’t last!

It also means there’s less hesitation in using it. Some people feel guilty using a weapon, even when it’s against someone who deserves it — but there shouldn’t be any of that guilt with pepper spray.

You Should Carry Pepper Spray

When it comes down to it, there are very few reasons not to carry pepper spray. It’s affordable, easy to use, and, most importantly, it could end up saving your life one day.

Hopefully, you’ll never need it, but in the event that you do, have it handy.

For more life advice and tips, check out the rest of our site.