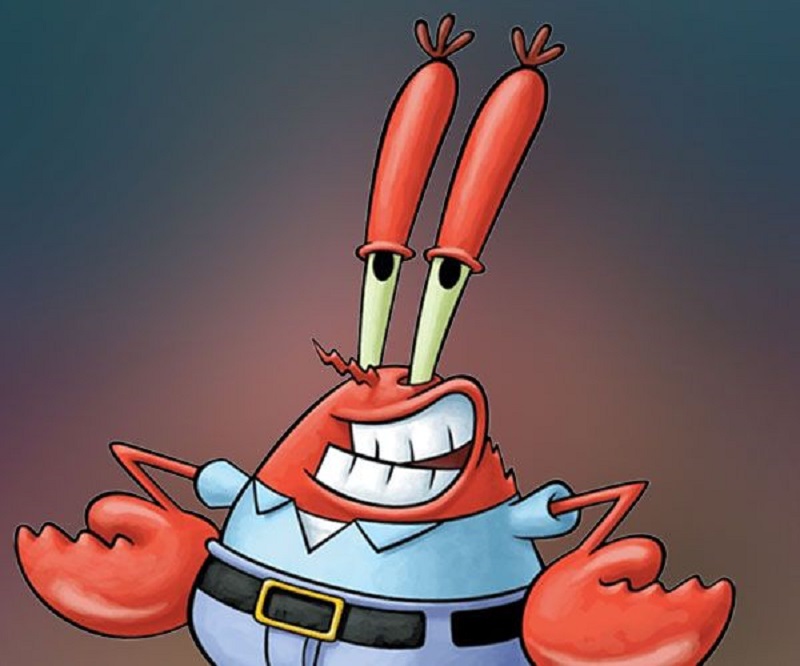 If you watch SpongeBob SquarePants with the same enthusiasm as we do, we are sure you love Mr. Krabs. But, the news of Mr. Krabs’s death shook us. We were shocked and appalled to hear that he had lost his life.

Are you also curious to know how did Mr. Krabs die? Let’s tell you everything about his death.

Who was Mr. Krabs?

Eugene Harold Krabs is one of the most loved characters of SpongeBob SquarePants. He owns the popular burger restaurant, Krusty Krab under the sea. He also acts as the manager of the joint and he’s all about money. SpongeBob works in Mr. Krabs’s restaurant as a burger flipper. Mr. Krabs’s Krabby pattie burgers are a favorite food under the sea.

The Trial of SpongeBob SquarePants

Mr. Krabs’ death was disclosed in a study named “The Trial of SpongeBob SquarePants.” Initially, everyone thought that Mr. Krabs had died. Yet, later it was revealed that The Trial of SpongeBob SquarePants is a case study uploaded to entertain children. The children act as the prosecution in the story and try to find out who killed Mr. Krabs. It depicts the plot with all possibilities and available proofs.

The trial of SpongeBob SquarePants reveals that Mr. Krabs was found dead in his restaurant, “Krusty Krab.” His throat was slit open, and he also suffered a trauma wound in the back of his head. Reports showed that Mr. Krabs died of a hemorrhage. However, the coroner concluded that the hit was by a metal spatula found near Mr. Krabs’s body. He was drenched in blood.

The restaurant floor was covered in cooking grease and was quite slippery. Investigators found various footprints in the grease, including SpongeBob, Squidward, and Plankton. Plankton was Mr. Krabs’s old rival. He always tried to bother him in one way or the other.

Besides the assault, there were also signs of robbery. The cash counter was empty with no signs of money. Mr. Krabs’s safe was also open, and the recipe for the Krabby pattie was missing!

How did Mr. Krabs Die?

Keeping the above-mentioned details in mind, it is up to the prosecution to decide on the murderer. Some people suspect that it is SpongeBob as he may be jealous of Mr. Krabs. On the other hand, many believe that it’s Plankton’s job. That being said, several possibilities arise in the verdict:

Mr. Krabs might have slipped on the greasy surface and cut his throat accidentally. But then, where did the cash go?

Plankton might have killed him to take all the money. He also began selling burgers after Mr. Krabs’s death. Strangely, they tasted very similar to the Krabby Patty burgers.

Or, Plankton and SpongeBob planned this together. While Plankton sold burgers, he also paid off SpongeBob’s house loan to the bank. Many people suggest that SpongeBob might have done this because he never got a raise at Krusty Krab in years.

There has been quite a lot of speculation about who killed Mr. Krabs. Yet, one verdict has not been developed. Every investigating team has a different conclusion to the investigation. You can also go through The Trial of SpongeBob SquarePants and decide how Mr. Krabs died.

According to the Trial of SpongeBob SquarePants, Mr, Krabs was found dead in his restaurant with blood and grease around him.

How did SpongeBob Die?

The creator of SpongeBob, Hillenburg, announced that he had amyotrophic lateral sclerosis (ALS). He announced in 2017 and expressed his wish to keep working as long as possible. Hillenburg died in November 2018 at the mere age of 57.

How did Mr. Krabs get Pearl?

Pearl is Mr. Krabs’s daughter. He was married to a whale once who gave birth to Pearl. As they say, Pearl takes after her mother.

How Did Mr. Krabs Die