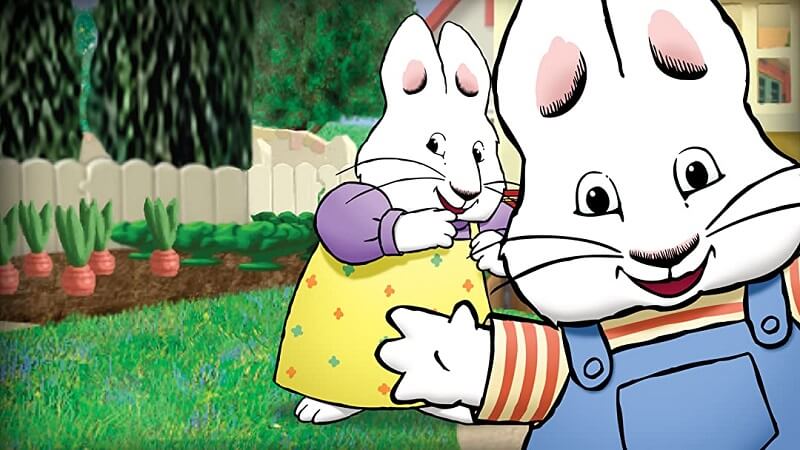 Some shows stay alive in the heart of their audiences No matter how many years pass. Max and Ruby is also one of those kid’s shows that even adults can’t resist watching.

Started in 2002, this show has surely gained a lot of popularity in the last two decades. The fact that this show is still alive on the TV screens is itself the proof of its evergreen script. No matter how many years have passed, kids still love it.

Max and Ruby have a huge fan base, both adults and children, and everyone is drawn to the show. How do you convert the love of the show into reality? Perhaps it is a good idea to design Max and Ruby as small stickers or customized pins. The sticker can decorate your table, wall, or even your phone, while the badge can decorate bags, clothes, hats, and so on. Want to grow your love for the show? Hurry up and take action!

But though this show has been running for more than 20 years, there are still some mysteries and suspense that are left unsolved. Just for instance, after so many years have been passed, the fans are still unaware of the reason behind why Max from Max and Ruby mute?

Well, if you too are a fan of this outstanding kid show and want to know the exact reason behind Max’s muteness, then keep reading this article as we have finally discovered the reason why max never talked while we’ve also unveiled some of the dark fan theories that most of us has formed regarding this show in the past few years. So let’s begin.

Who are Max and Ruby?

Of course, we all know who Max and Ruby are, who wouldn’t? But a few people are still unaware of them. So for them, we’re gonna give you a little recap of who they really are and why they became famous.

Max and Ruby are two bunnies, two very cute little bunnies who are the life of the whole show. The whole show revolves around their day-to-day activity, each episode focusing on a specific topic. Ruby is the female bunny and elder sister of all her siblings, approximately 7 years old. Though being a little girl, she is no more less than a sensible little lady. The exact opposite of Max, ruby is quite calm and strictly follows the discipline, one of the reasons why she is in the Girl Scout.

Max on the other hand is just the opposite of what Ruby is. Having a large amount of mischief in his DNA, Max truly steals the show with his innocent but spontaneous pranks. Max is no older than 1 or 2 years, being the middle child of the family as the twins are the youngest ones. A strange thing about max is that he only says one word instead of speaking the whole sentence, and this is what irritates the fans the most. So without any further ado, let’s discover what kept the max from speaking in the show.

Why Didn’t Max Talked Properly in the Show?

As Max didn’t speak in the first few seasons of the series, people begin to postulate a few quite dark theories about him such as he is in some kind of trauma due to max and ruby’s parent’s accidental death, or he was molested by his grandma that’s why he didn’t talk and many more baseless things like that.

Well, let us tell you that all these assumptions are fake and entirely fan-made. The real reason behind his muteness is presented by the creator of the series Rosemary Wells, which is quite understandable. According to him, the reason for Max to begin quietly is age. Of course, you can’t expect a one-year-old to start making big speeches. That’s why it’s quite logical for Max to stay mute for the first three seasons and start talking short words gradually as the creators wanted him to appear just like a toddler does in reality.

Why Did Max Never Talk to Max and Ruby? All you Need to know About the Show