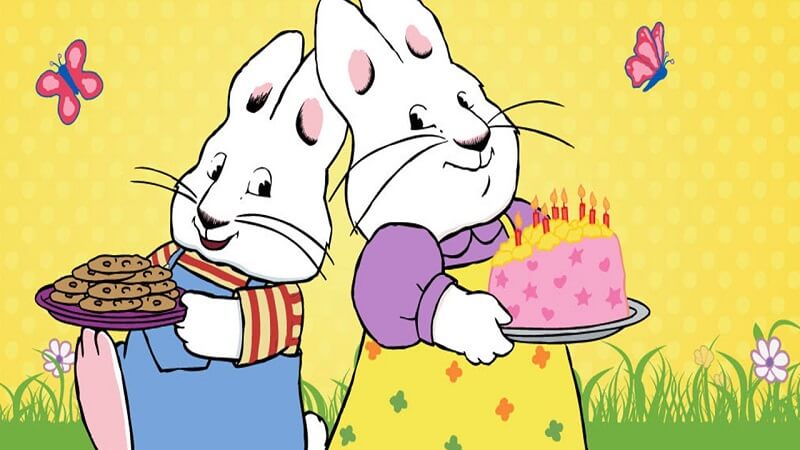 Everyone loves Max and Ruby and their adventures. Besides exploring life and going on adventures, children learn something new in each episode.

If you have also seen the gorgeous cakes and want to make Max and Ruby Cake in Real Life, let’s tell you how to make them.

Bunny Cake is the 22nd episode of Season 1 of Max and Ruby. Ruby wishes to make an ‘Angel Surprise Cake with Raspberry Fluff Icing’ for Grandma’s birthday. On the other hand, Max wants to make an ‘Earthworm cake’ for her. Instead of making one cake, they make both, and Grandma Bunny loves them!

Let’s have a look at Max and Ruby Cake Recipe

Read more: Things to know about Max and Ruby

Ruby baked the Angel Surprise Cake for Grandma’s birthday. It is a pretty pink color because of its Raspberry Fluff Icing.

Besides Ruby, Max also made a cake for Grandma Bunny. His cake was not bright colored like Ruby’s. The Earthworm cake was chocolaty brown in color with gummy worms here and there. Let’s look at the recipe in detail.

Read More: Why Max is Mute?

To frost the Ruby and Max Earthworm cake, you can use a readymade chocolate frosting or use this easy recipe to make one.

Here are a few extra pieces of information from Episode 22, Bunny Cakes of Max and Ruby – we thought you might be interested!